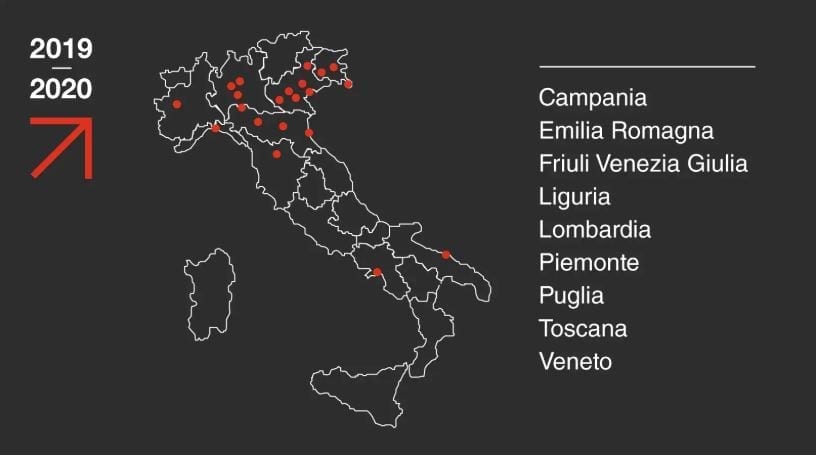 WEGH Group climbs 22 positions in the rating of the main companies in the province of Parma, rising to 118th place, (it was 140th last year) as certified by the Top 500 report produced by PwC on behalf of the Gazzetta di Parma and presented in recent days, during an important conference.

A respectable result for a company that in 60 years of history has successfully established itself both in the Italian market and in the international market of technologies for railway infrastructure. If we then look at the specific sector of mechanics, the main sector of the province together with the food industry, WEGH Group ranks 17th among the companies in Parma.

The report, based on non-consolidated balance sheet data, certifies the improvement of all company performances, with a significant increase in revenues (+15.42%), a low debt ratio, and a high company assets, data that underline the economic solidity of WEGH Group.

The increase in revenues recorded by the WEGH Group is higher than the average for mechanical companies in the province of Parma, which is 6%.

The independent report produced by the prestigious auditing and consulting firm PwC, photographs the mechanical sector of Parma, highlighting both its centrality in the ‘economy of the province and the good state of health, a figure that bodes well for a 2020 with indices in further growth.

For WEGH Group, the results certified by the PwC report are a further stimulus for new challenges in both the domestic and international markets.

The Circumetnea Railway, thanks to the result of the ballastless ARIANNA railway system, created more than 25 years ago by the IPA division of the WEGH Group, has adopted the same system in the realization of the first section of the project to upgrade and transform...
Read More

WEGH Group S.p.A. widens the range of products manufactured in its factories and intended for railway infrastructure, by obtaining the homologation, by Rete Ferroviaria Italiana, of the USP sleepers - Under Sleeper Pad. The mat is applied to the bottom surface of the...
Read More

WEGH Group expands the range of products for railway infrastructure, with the approval, by RFI (Italian Railway Network) of concrete sleepers with USP (Under Sleeper Pad). The pad is applied on the lower surface of the sleeper, or turnout bearers, in contact with the...
Read More