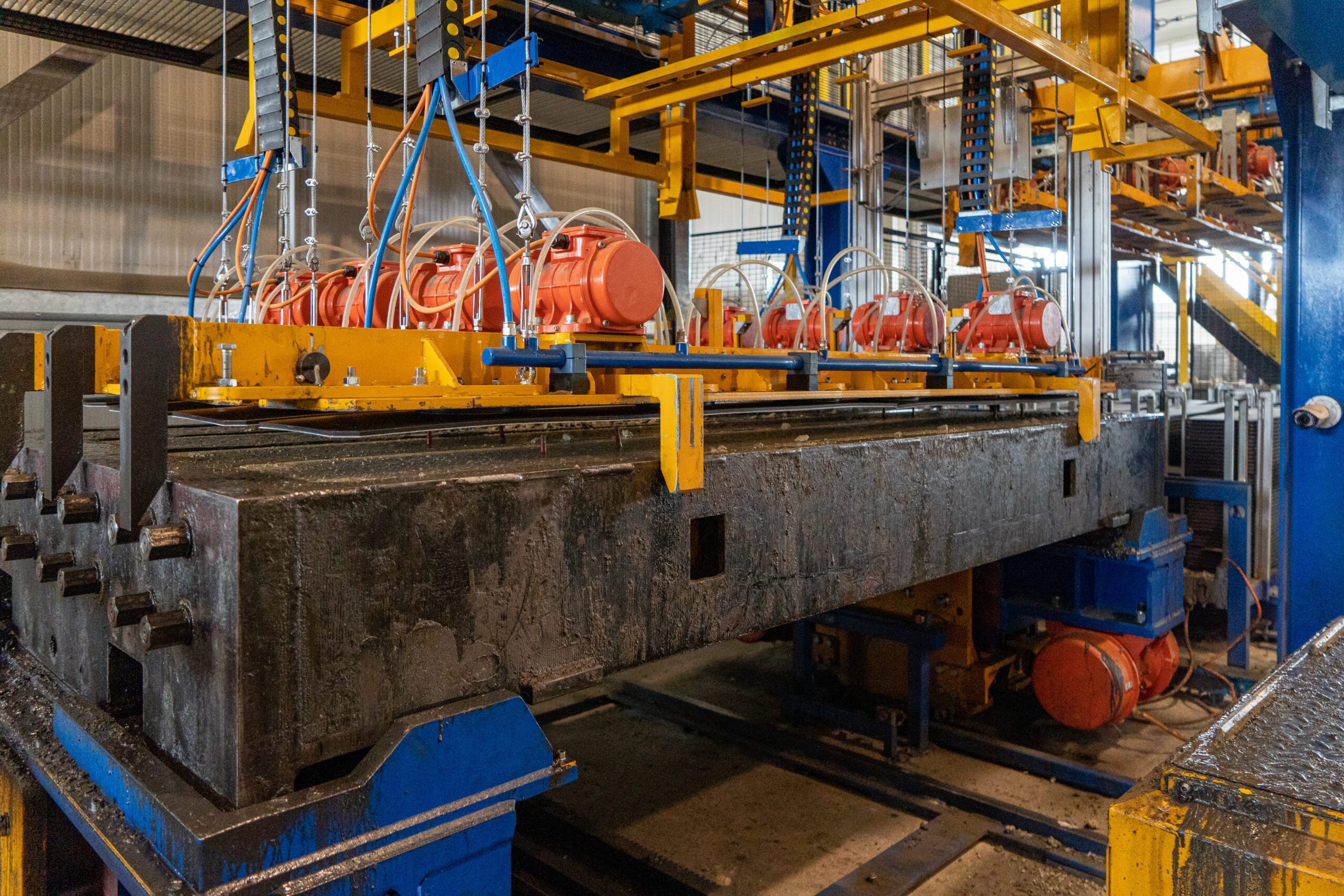 The continuous WEGH Group technological innovation has led to the development of an innovative system for the positioning of Under Sleeper Pads (USP) on railway sleepers, a patented solution. The PT-MF20 automatic USP positioning machine, designed in accordance with the Machinery Directive 2006/42/EC, is equipped with: Automatic ID mould identification system (sleepers to be produced); Independent clamps equipped with dedicated electric motors and vibrators; Under-mould vibrating station; Independent vacuum system (for each clamp) for pads suction; Cycle time 33 seconds.   A distinctive feature of the Wegh PT-MF20 USP positioning machine is certainly the capability of each clamp to position Under Sleeper Pad, independently in each mould’s gang, modulating to the level of the concrete. This system allows the uniform positioning of the pads, laid in the sleepers at the same depth as indicated in the Regulation.

The constant search for technological improvements has always characterized the spirit of innovation within the Wegh Group. It is thanks to this mindset that the R&D technical department has developed, registered and patented a synchronized system for the...
Leggi di più

The Circumetnea Railway, thanks to the result of the ballastless ARIANNA railway system, created more than 25 years ago by the IPA division of the WEGH Group, has adopted the same system in the realization of the first section of the project to upgrade and transform...
Leggi di più

WEGH Group confirms itself as a reliable partner of Ferrovie dell’Emilia Romagna. As part of the investments made by FER for the modernization of its railway network, just in these days WEGH Group has been awarded a contract for the supply of 300 Level Crossings...
Leggi di più