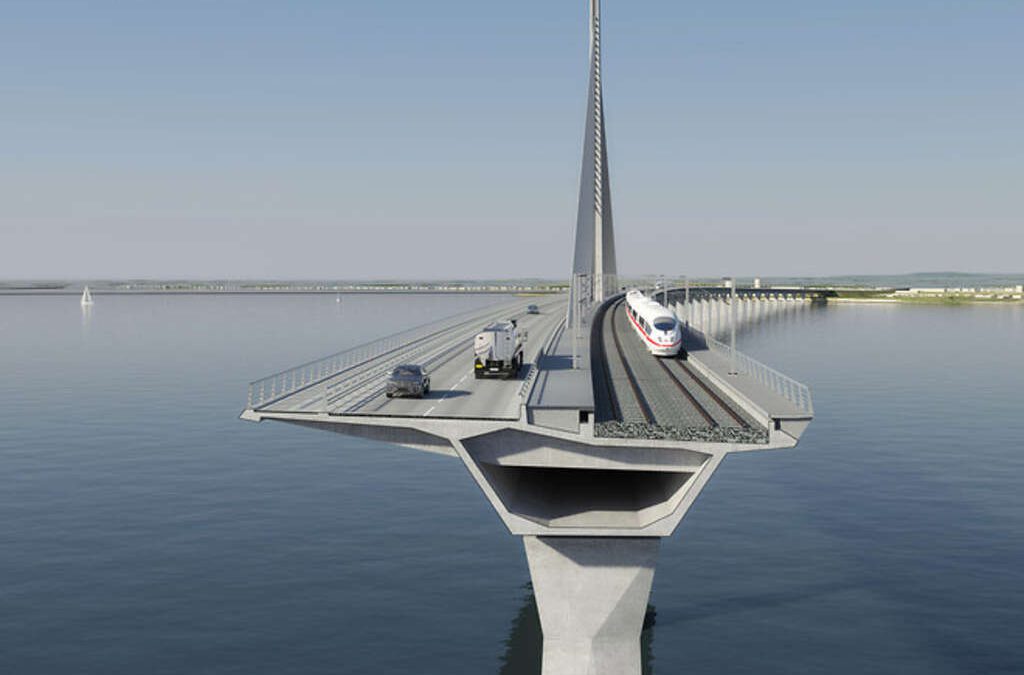 WEGH, as subcontractor to Italian general contractor ITINERA spa, is responsible for the design, production and installation of its ARIANNA precast and prestressed Slabtrack system for the Storstrøm Bridge in Denmark.
The Storstrømsbroen project consists of a combined rail, road, pedestrian and bicycle bridge that will connect Zeeland and Falster Island via Masnedø. It is expected to become the third largest bridge in Denmark upon completion in 2022. The new cable-stayed bridge consists of three expansion sections. Expansion joints and rail expansions are installed in the joints.

Construction of the bridge will involve extensive use of precast concrete elements for both the substructure, such as foundations, abutment segments, and bridge girders, and for the superstructure using WEGH’s patented ARIANNA® Slab Track System for the 8 km of main line and special plates for rail expansion devices and transition zones with ballasted tracks at the bridge ends.

Once again WEGH Group is present in the world with the professionalism of its employees and the innovation of its products.